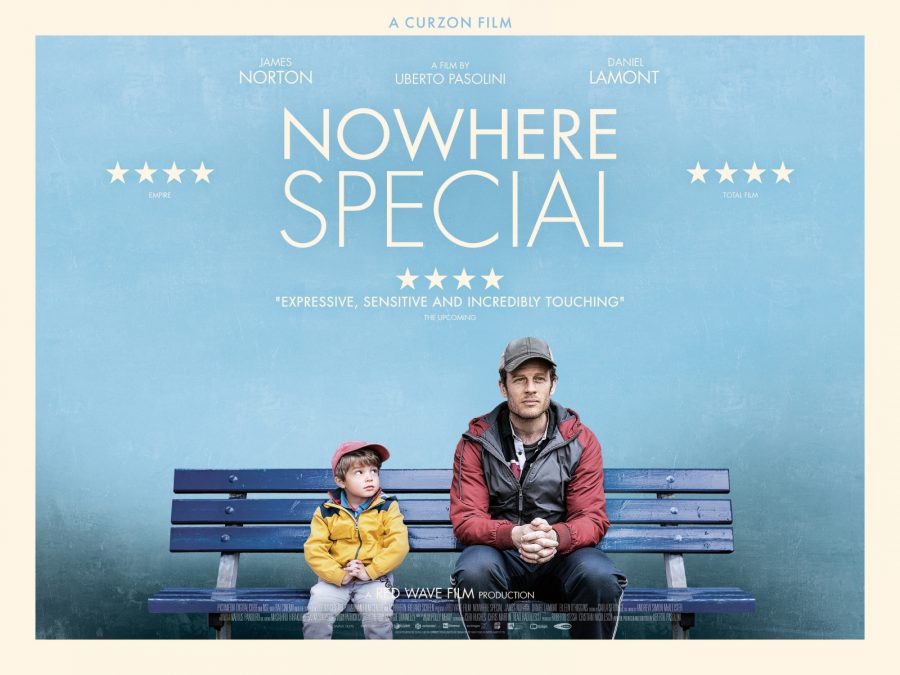 Please note this film screening has been rescheduled from 9 December to 10 March.

Flowerfield Arts Centre will be showing Nowhere Special on Thursday 10 March 2022 at 7pm as part of the Film Hub NI (FHNI) Collective programme which aims to bring local films to local places.

Shauna McNeilly, Arts Officer at Flowerfield Arts Centre says: “We are delighted that Film Hub NI has chosen Nowhere Special to tour as part of the Collective initiative so that film fans in the Causeway Coast & Glens Borough Council area will have another chance to enjoy this special film on a cinema screen here. Having impressed audiences across the world, it is an honour to bring Nowhere Special back to be screened in the place that it was made."

Sara Gunn-Smith, Marketing and Audiences Officer for Film Hub NI says: “Film Hub NI is delighted to be able to bring this original and beautiful film to 11 venues across Northern Ireland for audiences to enjoy. With so many brilliant community cinemas signed up for the tour, it is evident that the appetite for independent film is alive and well and that film lovers cannot wait to return to the cinema. Audiences can look forward to seeing the film, along with some special guests that will join us on a few dates."

Uberto Pasolini, Director, Nowhere Special said: “Filming Nowhere Special in Northern Ireland was one of the highlights of my 35 years of filmmaking. The quality of the crew, the brilliance of the Northern Irish actors, the welcome we received everywhere during our shoot, and of course the amazing talents of Daniel and James enabled us to achieve what on paper appeared impossible, an honest yet moving portrait of a very special relationship, a love story between a young father and his very small boy growing through the most difficult circumstances. It is with great pride that we share our journey with your audiences.”

FHNI is part of the BFI Film Audience Network, a UK wide project to ensure that the greatest choice of film is available to diverse audiences across Northern Ireland. The initiative is supported through National Lottery funding, distributed by the British Film Institute.

Nowhere Special tells the story of John (James Norton) a 35-year-old window cleaner, who lives with his three-year-old son Michael (Daniel Lamont). He was recently diagnosed with terminal cancer and has decided that he will find the best family to take Michael in after his death. John cannot face telling his son the truth, taking him on visits to prospective families under the guise of visiting new friends, against the advice of the adoption agency he’s working with. But as his condition starts to worsen, he begins to ponder what his legacy should be for his son – should Michael start life anew or should John leave him with the tools that would allow him, later in life, to know the father he had? 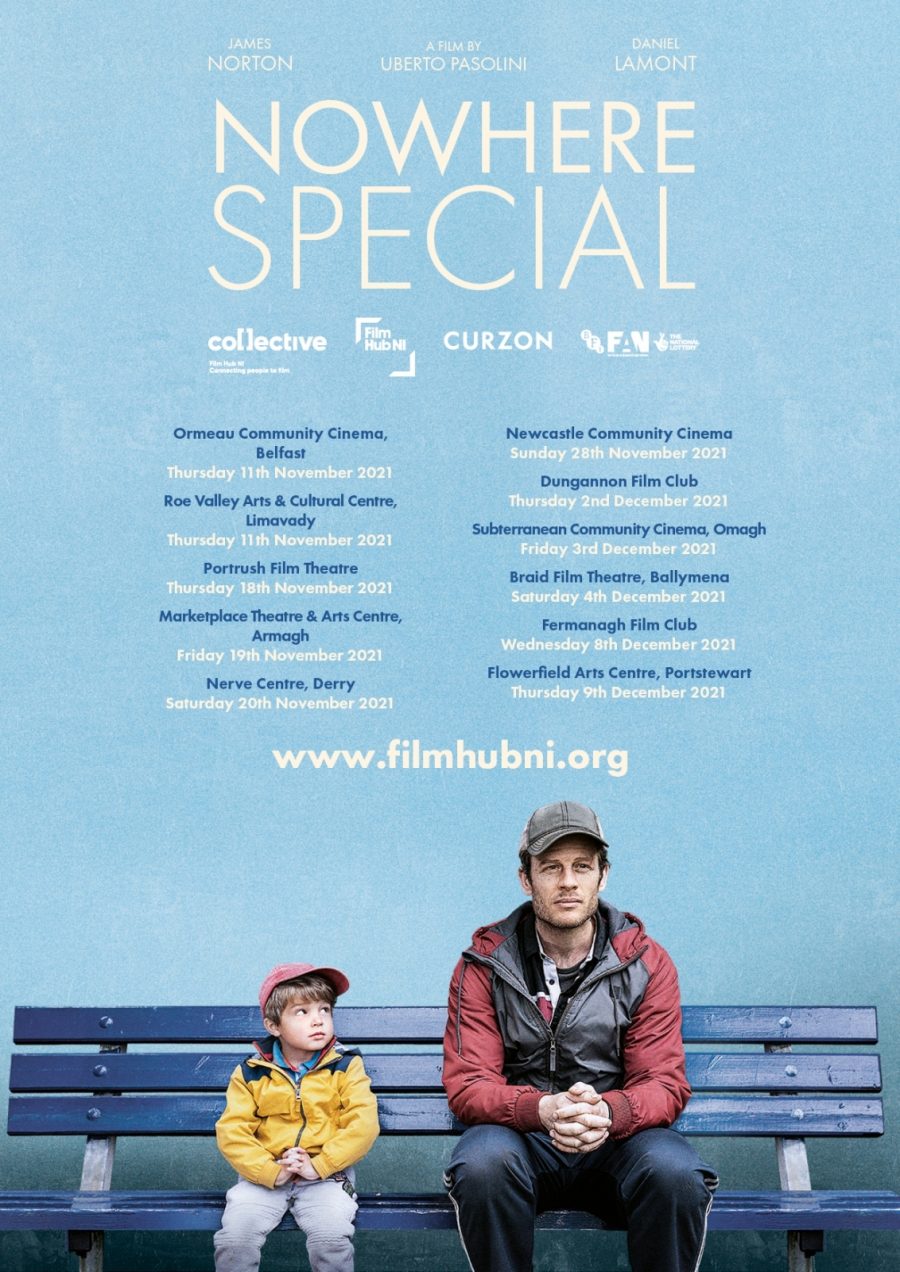